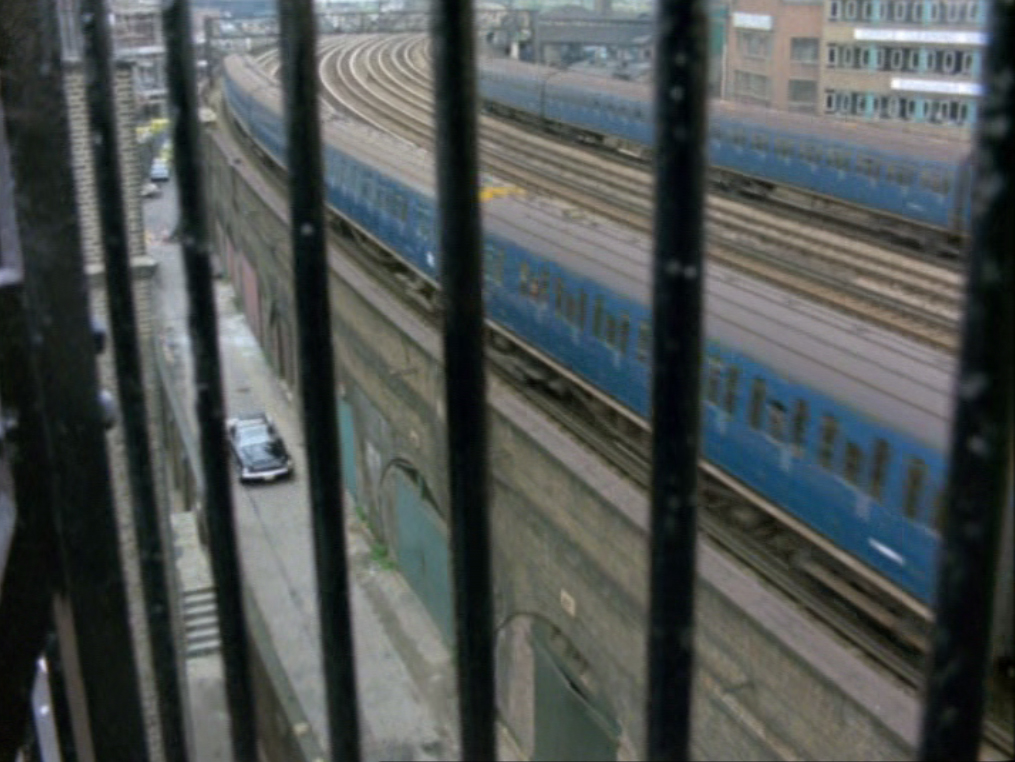 And so, it begins! My very first (“official”, as of this project being properly initiated) Sweeney location visit. Which, to begin with, was an incredibly easy one to tick off  – being approximately 5 minutes walk of a lunchtime from where I work. (Even less – about 60 seconds, if the traffic lights are in your favour – from where I get my coffee in the morning beforehand; but I like the excuse to get away from the desk and stretch my legs during the day.)

This location – formally known as ‘Miles Street Arches’, a series of railway arches under the mainline into London Waterloo, is one of those that I pinned down using IMDB. However, even before that, I was 90% certain whereabouts it was – at least in terms of general area. As soon as it appeared on the screen, something about it ‘spoke to me’; “that’s near Vauxhall”, it said. It was something in the brickwork, the elevation of the line, the curve of the track… Sure enough, it turned out to be somewhere that I travel over the top of twice a day, most days, on my morning and evening commutes. 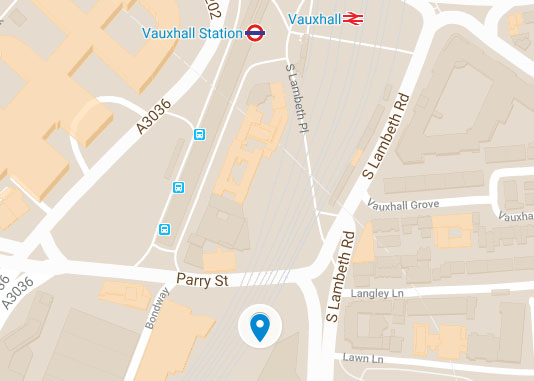 Max Deller – played by Dudley Sutton (Cockneys Vs. Zombies) (OK, if you’re of my vintage you know him as “the guy who was Tinker in Lovejoy”), is an ambitious criminal with designs on a haul of bullion. Where he steals it “from” – well, that’s another post coming soon.

The brief sequence shot at the arches, from a high vantage point (from the best I can establish, a building that has since been demolished and replaced by one of the contagion of new towers in the area) shows Max parking up outside of and entering his lock up (ahh, so evocative a term; Minder, The Sweeney, etc. had them in abundance; you don’t get “lock ups” much, these days). Inside, he puts together the necessary pieces for the heist – technical equipment, the fake cleaning company van, and so on.

First we have a quick establishing shot (check out the old school British Rail rolling stock!):

As you can see, the bars in the frame and the angle of the shot indicate it being taken from a balcony or barred window area in a tall building next to the arches – in what I’m 99% certain is where the ‘Atlas’ student building is now being constructed.

This is the view now, from ‘street level’: 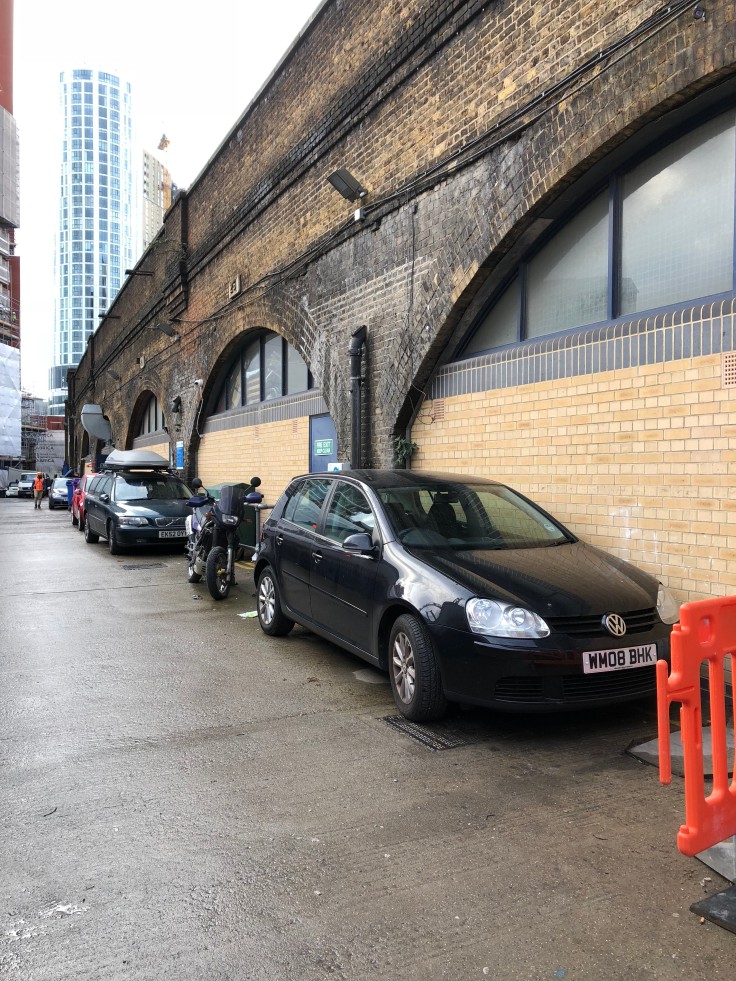 Here’s Max parked up outside and about to enter:

Although the focus in the shot is not clear enough to be read, the exact unit location is Arch No. 28. Handily, the fairly industrial numbering above each arch is still present, so it was easy enough to find. It’s not immediately obvious what it now is; there are a variety of businesses along the row – catering, gym / fitness, car repairs and so on. 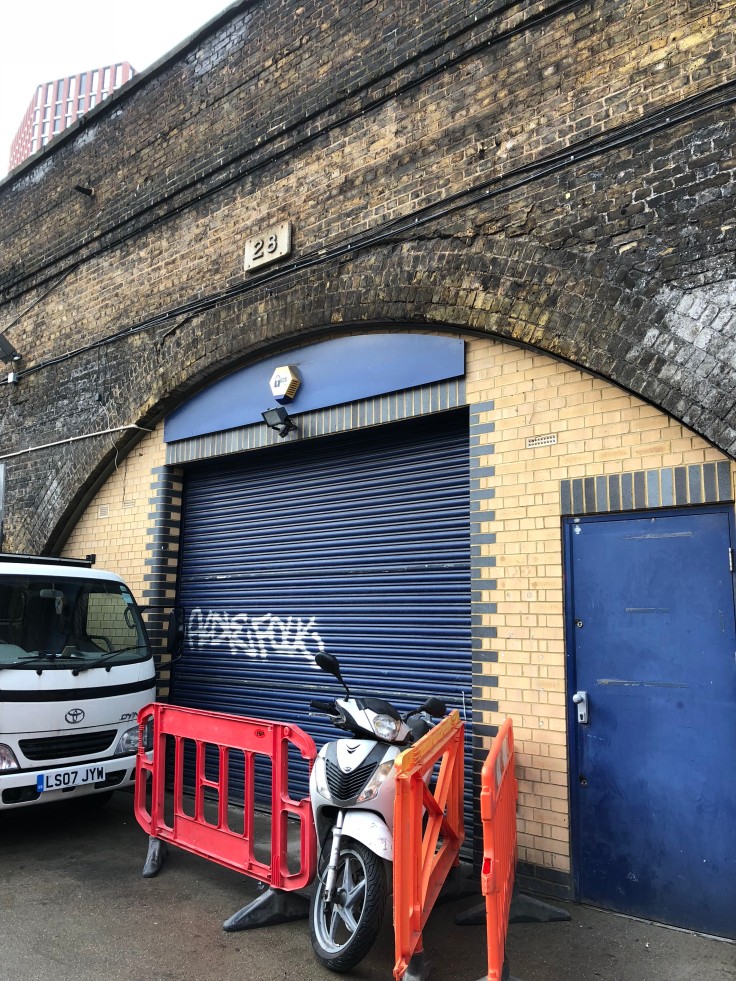 Right, that’s all for this short first post; see you back at The Factory!